Tickets are still available and can be purchased for $25 Adult and $20 Senior/Student at the box office. 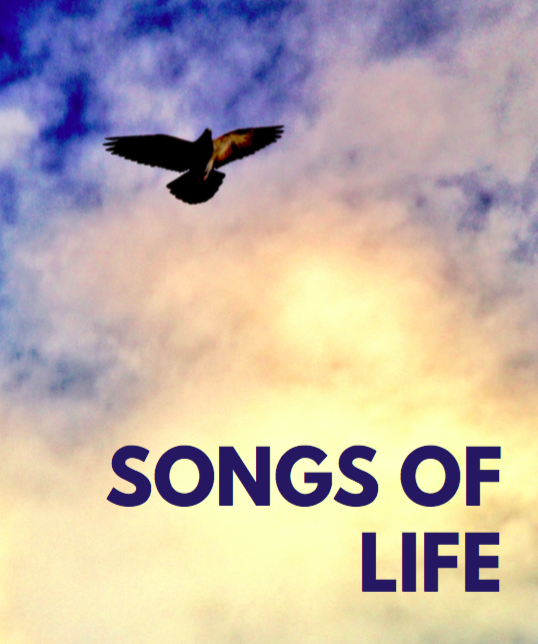 Sheila Silver: Being In Life – Concerto for French horn and Alpenhorn, Tibetan singing bowls, and string orchestra (new commission)
Being in Life was commissioned by a generous grant from the Fromm Music Foundation, 2018.

Our season opens with vibrant music by female composers. Emily Doolittle’s “Reedbird” takes its themes from the slowed-down songs of a small New World blackbird, normally too fast for human listeners to understand. The warm and mystical tones of Sheila Silver’s “Being In Life”, inspired by the short life of a musical little boy, come both from its use of Hindustani prayer melodies and from its unusual instrumentation: French Horn and Alpenhorn solos, with string orchestra and Tibetan singing bowls. Lastly comes Amy Beach’s magnificent “Gaelic” Symphony. Rooted in romanticism, it represents one of the earliest symphonic voices of American music.

More information about Being in Life can be found HERE. 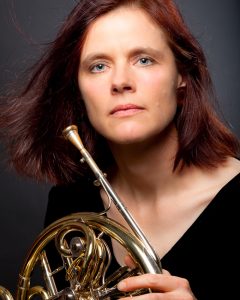 Called, “outrageous” and “splendidly projected,” by the New York Times, Ann Ellsworth is a versatile soloist, collaborative and recording artist. Her creative approach to interpretation and shameless repurposing of music from all periods and styles has earned her some notoriety in multiple countries. The Huffington Post called her premiere of a piece for Alphorn and samplestra, performed in a boxing ring in Gleason’s Gym in Brooklyn, “meticulously planned and executed…as fresh and exalted as Alpine air.”

Her three solo recordings, “EUPHORIA,” “Rain Coming” and “Late Night Thoughts” are adventurous but cohesive mix tapes of new works, previously unrecorded works, works which arguably should still be in progress and arrangements of works for horn in mixed ensembles. Her sound world has been called, “dream-like,” “other planetary,” and “musically dangerous” by her colleagues. 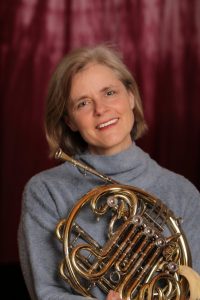 Ann has toured internationally as a member of Kristjan Jarve’s Absolute Ensemble, the Manhattan Brass, the Danish Esbjerg Ensemble, and numerous other musical and artistic configurations. As an artist-in-residence at the Lang College of the New School, she led many groundbreaking interdisciplinary events involving improvisation, dance, videography, and landscape architecture. An advocate of new music, Ann was a founding member of the New Music and Culture Symposium and loves working with composers and premiering new works. She has performed with such popular artists as Aretha Franklin, Ray Charles and Diana Ross and can be heard on numerous television theme songs, commercials and movie soundtracks.

A total horn nerd, Ann also loves playing natural horn, soprano horn (high F/high Bb), and alphorn. A personal highlight from her career was giving a lecture-recital at the Metropolitan Museum of Art and performing on the original horns from their instrument collection. Ann Ellsworth attended the Eastman and Juilliard Schools, with further study in Oslo and St. Petersburg, Russia. She is a former member of the Phoenix Symphony and has held faculty positions at numerous schools in the New York City area including Stony Brook, The CUNY Graduate Center and New York University. A native of the “Other Bay Area,” (San Francisco), Ann Ellsworth is psyched to be joining the Lawrence University faculty in Appleton, Wisconsin. 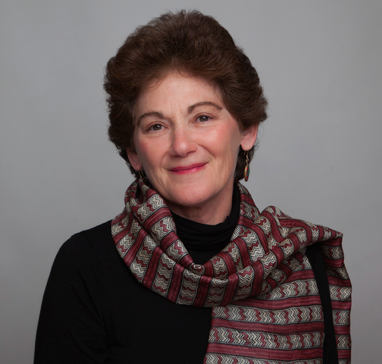 “Only a few composers in any generation enliven the art form with their musical language and herald new directions in music.  Sheila Silver is such a visionary.”  (Wetterauer Zeitung, Germany)

Sheila Silver is an important and vital voice in American music today.  She has written in a wide range of mediums, from solo instrumental to large orchestral works, from opera to feature film scores.  Her musical language is a unique synthesis of the tonal and atonal worlds, coupled with a rhythmic complexity which is both masterful and compelling.  Audiences and critics praise her music as powerful and emotionally charged, accessible, and masterfully conceived.  “Silver speaks a musical language of her own, one rich in sonority, lyrical intensity and poetic feeling.”  Chicago Tribune

Silver is currently completing an opera based on Khaled Hosseini’s international best-selling novel, A Thousand Splendid Suns, which has been commissioned by the Seattle Opera.  It will be premiered in Seattle’s McCaw Hall in February 2021.

In order to develop a musical vocabulary with which to evoke the color of Afghanistan in A Thousand Splendid Suns, Sheila has made several trips to India to study  Hindustani music with Pandit Kedar Narayan Bodas. This Hindustani sound world has also filtered into other recent compositions such as her Nocturne, Based on Raga Jog, premiered by Gilbert Kalish at the Chamber Music Society of Lincoln Center in 2015 and Being in Life, Concerto for Alphorn, French horn, 5 Tibetan singing bowls, and string orchestra. This piece, commissioned by the Fromm Music Foundation for Seattle’s Philharmonia Northwest, Julia Tai, conductor, and Ann Ellsworth, horns, will be premiered in October, 2019.

Other honors include: a 2013 Guggenheim Fellowship, the Sackler Prize in Opera; Bunting Institute Fellowship; Rome Prize; Prix de Paris, American Academy and Institute of Arts and Letters Composer Award; and awards and commissions from the Rockefeller Foundation, the Camargo Foundation, the MacDowell Colony, the Barlow Foundation, the Fromm Music Foundation, the National Endowment for the Arts, and the Cary Trust.

A recording of two recent vocal song cycles, Beauty Intolerable, A Songbook based on the poetry of Edna St. Vincent Millay, and On Loving, is in the works with a host of singers and pianists including soprano Dawn Upshaw, mezzo-soprano Stephanie Blythe, and pianist Gilbert Kalish.

Other operas include a chamber opera, The Wooden Sword, winner of the Sackler Prize in Opera, and the The White Rooster, a Tale of Compassion, commissioned by the Smithsonian’s Freer and Sackler Gallery for the exhibit, In the Realm of the Buddha, scored for 4 singers, 6 Tibetan singing bowls and improvised frame drums.

Silver is Professor Emeritus of Music at Stony Brook University.  Her teachers have included Arthur Berger, Harold Shapero, Erhard Karkoschka, and Gyorgy Ligeti.  She was born and raised in Seattle, Washington and began studying piano at the age of 5.  She holds her BA from the University of California, Berkeley, and a PhD from Brandeis University. Sheila and her husband, film-maker John Feldman, make their home in the mid-Hudson Valley, New York.  Their son, Victor, is a senior at Brandeis University.

Please help us bring new works to life by becoming a Patron for New Music today!