Julia has put together a lovely program around the theme of Reminiscences, featuring works that evoke ideas of memory and 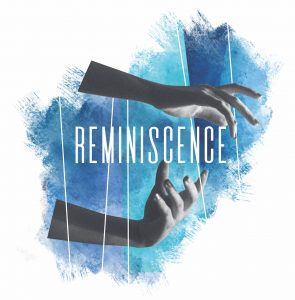 recollection. But the composers featured here, like all artists, were also pushing boundaries within this retrospective frame, working to create new forms and new languages through which to present their ideas. This is, in a sense, exactly what all of us are doing in our own musical lives these days — working to link the past and the present, finding new ways to experience music and performance. The concert today thus gives us time to reflect and to look forward, combining a remembrance of things past with a reformulation of things present.

George Walker’s stunning Lyric for Strings introduces us to this then-and-now approach. This is a very early work by a young composer and performer who went on to become one of the most honored and versatile American composers of his time (he died in 2018). Although he performed widely as a pianist, he was especially influential as a composer and teacher, particularly at Rutgers University, where he headed the music department for decades. He was, in many of his endeavors, a first — for his most widely known award, for the Pulitzer Prize in Music (1996, for Lilacs, written for voice and orchestra), he was the first Black composer awarded this honor.

The Lyric for Strings began as a movement in Walker’s String Quartet No. 1 (1946, written shortly after his graduation from Curtis), dedicated to the memory of his grandmother, who had recently died. The movement, renamed Lament, was detached from this original context and performed separately; it was ultimately titled Lyric for Strings and has since become one of the most widely played pieces of American music. In a wonderful documentary created for Walker’s 90th birthday, the composer describes one element of his overall approach, saying, “I thought it was very important that my music should have a certain seriousness about it and a certain scope.” This is what comes through so strongly in Lyric for Strings, particularly in this reframed, stand-alone version, where listeners are able to focus wholly on its own musical language and images. The piece begins in a kind of stillness that gradually deepens, with emerging strands of melody weaving in and out of the harmonic frame. It builds in waves until leveling out on a calm, peaceful plain — one that is not free of the past but rather incorporates and embraces it.* 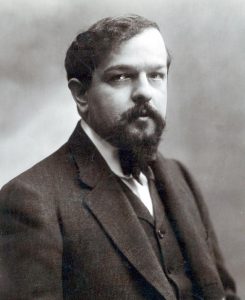 and reframing. As you’ll hear immediately, the opening of this work offers a stylized reflection on both the musical past and the geographically distant. The parallel melodic and harmonic motions seem to recall early Western multi-voiced church music (polyphonic settings of church chant), and the relentlessly pentatonic (five-note scale) writing also recalls, as does some of the rhythmic patterning, the strong influences on Debussy and other artists from the Paris Exposition of 1889. In Debussy’s case, the exhibition’s presentation of an Indonesian gamelan orchestra opened up new layers of sound and rhythm. Debussy’s own praise of these Indonesian musicians — their “infinite arabesques” — are evident in this harp composition. The work falls into two linked sections, with repeated notes joining this archaic first section to the livelier (“profane”) last section, a joyful dance repeated throughout by the ensemble and broken by a brief cadenza before a resounding final statement.

Yet the work was not originally written for the kind of harp Sophie will be playing today; in this case, the idea of reframing applies not only to the work’s musical influences but also to the musical instrument itself. Debussy was commissioned to write this piece by Pleyel, the famous French harp company, which had recently developed a new type of harp, the harpe chromatique, or chromatic harp. It featured two sets of crossed strings (one set with the notes of the white keys on the piano, one with the notes of the black keys) — a layout that was intended to facilitate the performance of the increasingly chromatic music being written for the instrument. The innovation was not particularly successful, and this showpiece was immediately reformulated for the standard pedal harp. The transformation was not without difficulty; in fact, there is an article in the American Harp Journal called “That Page! Solutions to the Pedal Nightmare in Debussy’s Dances” — yet another way for us to appreciate what Sophie is doing! 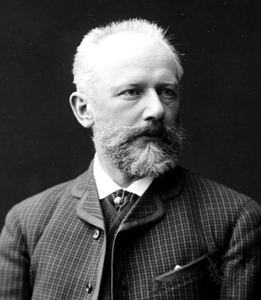 Pyotr Ilych Tchaikovsky was indeed thinking about Florence when he wrote his string sextet, Souvenir de Florence. It was a city he had visited several times and always enjoyed; indeed, he had been there, finishing up his opera Queen of Spades, in the spring of 1890, just before starting on this composition. The work had a much longer genesis, however, originating from his honorary membership in the St. Petersburg Chamber Music Society in 1886, for which he promised a composition. He had a very hard time getting started (although complaining about it at fairly regular intervals); it was only after he returned from Florence several years later that he began working on the piece in earnest. Although he had decided early on to write a string sextet, Tchaikovsky struggled with the challenges of what was, for him, a new genre, and his concerns about reforming and recontextualizing his thinking about this string configuration occupies most of his correspondence about this piece.

You can hear him working on his approach from the opening movement, which shows his efforts to retain the clarity of individual voices and lines, yet create an effective ensemble that worked for this specific configuration. In this opening movement, you can easily hear the intensity of the interwoven contrapuntal voices, in contrast with the sunny main themes, building to a large climax that emphasizes the sonic power of this grouping. The second movement is the most obviously Italianate in mood, and Tchaikovsky apparently sketched out some of the melodic ideas while still in Florence. It is for the middle section of this slow movement that Tchaikovsky provided an evocative direction: it must be played very softly, he wrote, “like summer lightning.” As many have observed, in the last two movements, Tchaikovsky’s thoughts seem to have wandered away from Florence and back to the Russian countryside. However, both the third and fourth movements, like the first, are concerned with the interplay among the six voices. This comes to a climax in the fourth movement, which culminates in a full-blown fugue, reminding us that yes, indeed, Tchaikovsky was a product of the St. Petersburg Conservatory (and he taught for a time at the Moscow Conservatory). Here again, the composer’s correspondence shows his concern with developing this re-envisioned sound, aiming above all for clarity even in the dense sextet format. It was these concerns that led to some major revisions after the premiere (the work was performed privately in late 1890, after which Tchaikovsky initiated revisions that were completed only in 1892).

Each of these works, then, shows how these very different composers thought both forward and backward, evoking the past yet carving out new compositional paths, and in doing so, giving us inspiration as we, too, are rethinking what concert experiences meant to us in the past and how we might reconstruct this in the present and future.

* Readers interested in a recent discussion of issues of race and the classical music world might enjoy critic Alex Ross’s article “Classical Music and White Supremacy” in the current issue of the New Yorker (Sept. 21, 2020).